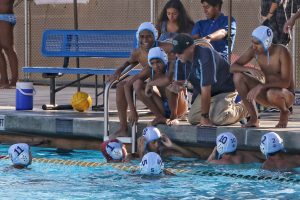 Chino High School and Athletic Director Mike Hinkle set out in search of a coach that would bring stability and pride back to the Chino Water Polo Program after the Cowboys have slipped CIF Divisions in the past few years with constant coaching turnover. Chino High School have selected Chris Hulme to take the reigns and start the rebuilding process.

Coach Hulme is eager to have stability as well as the Cowboys, with both looking for long term success and development. Hulme’s initial goal is to get the student athletes to believe in themselves and create a positive environment for them to learn and succeed. Positivity and self belief is a huge foundation piece in his team strategy and will encourage everyone the importance of buying into the new team philosophy.

The Chino Water Polo Program has seen some deep CIF Playoff runs in the past five years with a drop off coming more recently. Hopefully, with the hiring of their new coach, the program can return to glory and create new successes in their future.

No Events This Week

Events are added by athletic staff.
View All Events