Closing Out On Summer

If you have never played water polo before, it is okay. The Chino High School Water Polo Team realized that this summer when they attended the summer camp offered by the school. Under New Head Coach Chris Hulme, the team went back to the very basics of understanding the importance of how to hold a ball, tread water, and being able to swim. Throughout the summer, all players (Veterans and Rookies) were brought up in the same system to build team unity. One player went on to say, “I learned more in the first weeks of camp, than I had in the last two years of playing.”

Beyond physical components to being a part of the team, players were given a list of expectations to follow by that helped facilitate growth together. For example, philosophies such as “the star of the team, is the team”, “we not me”, and the importance of “building everyone up so all players are on the same level so there isn’t a deficiency in playing ability” were taught to the players. Even though these are serious components, the atmosphere is that of a family because everyone understands they have their own role and own set of expectations to execute for the system to work.

Gone are the days not knowing what is expected, but the arrival of accepting individual responsibilities and how to effectively communicate with a teammate properly in order to accomplish goals together as team. With this progress over the summer, both the Boys and Girls program are looking to make huge gains in improvement. The teams have set their sights on competing to win a League Championship against rivals Don Lugo and Diamond Bar, who have held the top spots over the past few years. “I think we have the stability and buy-in to compete this year. Many coaches out there believe there’s a “two or three year plan” when they talk about their teams, but that just translates to me that others don’t want to work hard with the tools they have. That’s not how we are going to do things here in Chino. Anything is possible with a lot of hard work and belief in yourself doing it.” Coach Hulme said. “I have full confidence the team will do great if they wholeheartedly put forth their best efforts in right spots.” 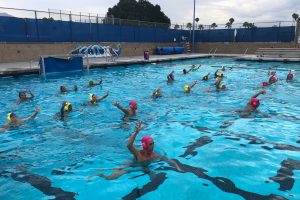 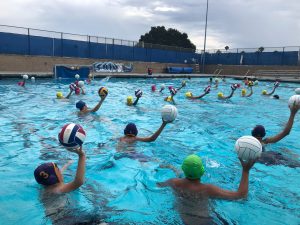 The players love that they can operate in an environment that fuels confidence to set goals and go after them. It has really shown in their playing ability from the start of camp to the conclusion. With this new growth, it will be interesting to see how far the team goes this year. Boys Season officially starts on August 26th, with the Cowboys having an away game against Norte Vista on August 27th. Girls season starts immediately after Boys season in early November.