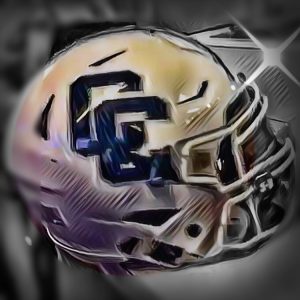 Chino High School announces their new pick as the Cowboy Football Announcer. Coach Chris Hulme will take the reigns, as Cowboy Country is looking to find a new person at the helm. There have been a few announcers the last few years since Jeff Osborne was The Cowboys Football announcer for 27 years, who retired from the microphone just two years ago.

Coach Chris Hulme is the new Head Coach for Water Polo at Chino High School. Hulme was a 2x CIF Champion Athlete from Esperanza in the mid-1990’s. As a coach, he has won 7 Consecutive League Championships between schools the last few years (Ramona, Jurupa Valley, and Indian Springs) at both JV and Varsity Levels. “Coach Hulme” also won a Silver Medal in the 2017 Junior Olympics as a coach.

Beyond aquatics, Chris Hulme brings a wealth of football knowledge. Most recently, Hulme was the Student Section Director at Ramona High School specializing in building school spirit by reforming and creating the Award Winning “Rowdy Rams” for all sports. His videos and crazy personality is well known in the Southland bringing various media, business, and athletic connections that will serve the Cowboy Country well. His older son was a member of Matt Logan’s Centennial Football Teams in 2011, 2012, and 2013 winning CIF twice during those years (‘12 & ‘13). Hulme is accustomed to being around Elite Championship High School Football Programs.

Beyond High School Football, Coach Hulme moved out to Southern California when he was a teenager. As a young boy, he lived in Atlanta in the mid 1980’s, where Hulme’s football passion was highly influenced by his Dad, who was an executive with Frito Lay whose main account was the Atlanta Falcons. Due to the nature of this business, it allowed a “younger” Coach Hulme to be around the Falcons Organization for games, scrimmages, practices, and media events.

When asked what he thought about becoming the Voice of Cowboy Football, Coach Hulme replied, “Honestly, I thought it was a joke at first. I’m just trying my best to be involved with the Chino Culture and do whatever I can to help. I walked into the administration office and they asked me if I wanted to do it. I chuckled because I thought they were kidding with me. But then they said they were serious and they needed someone. When I realized it was real, I jumped at the opportunity.”

Head Football Coach, Joey La Rosa, loves that Hulme will be in the Pressbox making the calls for the time being, but is pushing for Hulme to be on the field as Video Specialist for the Team. “He has some serious skills with capturing plays on video. The Game Winning Touchdown Highlight was captured by him, among others. That video was a Press Enterprise Top 5 Play Award Winner from last week. We could really use his skill set on the field.” When Coach Hulme heard of La Rosa’s comments, he responded “That’s great! I’ll do whichever they want. I’m used to being on the sideline, and captured that video from like a mile away, I wasn’t looking to get in anybody’s way since I was the newbie here. I told Coach La Rosa just imagine if I was actually able to my thing without having to worry about getting in anybody’s way. Then I could get some real footage!”

Hulme says all this non-chalantly with a laugh when asked what his personal preference is. No matter what happens, the Chino Cowboys will have Coach Hulme in the Pressbox unless other things change in the future. Hulme says he is just happy to help out and be a part of an amazing football program.

Come out to our first Chino Football Game Friday Night against Artesia on September 6th at 7pm. With a new head coach, new announcer, and many other things, it will be exciting to see what Cowboy Country has in store.